Before you begin your test, please ensure you have your Student Login Details or Student Access Code with you, which your Teacher would have given you.

If you are taking the test in a quiet area, then ensure your headphones are plugged into your computer, as each test contains verbal instructions which you need to be able to hear.

How to take your online test

1. Ensure you have your Student Login Details (as shown below) or Student Access Code with you. 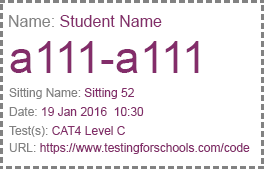 2. Open a web browser, such as Internet Explorer, Google Chrome or Mozilla Firefox.

3. Paste https://www.testingforschools.com/code into the address bar on your web browser and press Enter. 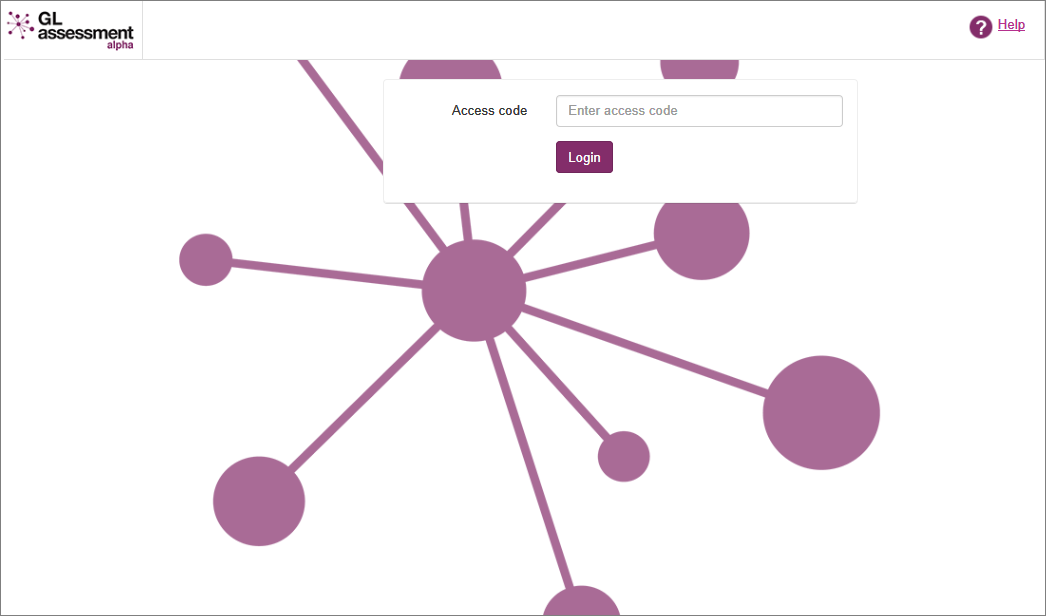 Note: You do not need to enter a dash or any spaces between the two numbers constituting your access code, as it is already entered on the screen for you.

Note: If the student access code appears to be invalid, please check the characters provided, carefully. The letters will always be displayed as lowercase, although I (L) and 1, O and 0 can easily be misread. See below the rules for generating access codes:

The Test Lobby screen will then be displayed, containing all the tests that you need to complete.

Note: If the Start Test button is not displayed, it is because the Test Start Period has not yet begun. 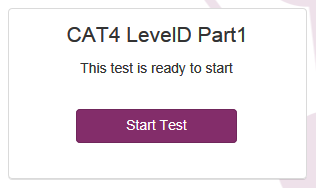 The Download Status Bar will be displayed while the test is being downloaded.

At the end of each test, you will automatically be redirected to the Test Lobby, where you can either begin another test by clicking the Start button on the test, or log out of the Test Lobby if you have completed all tests.

You will know that you have completed all the tests allocated to you if all tests in the Test Lobby are ticked, as shown below.

7. To log out of the Test Lobby, click your name in the top right of the screen and select Logout from the menu.

Note: If you leave the Test Lobby unattended for more than 20 minutes, you will be logged out automatically.

8. When you have finished all tests and logged out of the Test Lobby using the Logout option, you can close your web browser.

PDF version of this page

A PDF version of this page is also available so you can easily send these instructions to students, if required.

If you have problems accessing the PDF above, right-click on the link and then select 'Open in new tab'.

You will then be given the option to either to Save or Open a copy of the PDF, depending on the browser you are using.