The results from Rapid are presented in a way that is very easy to interpret. A table shows the Standard Age Scores (SAS) for each of the subtests. Standard Age Scores, like IQ, are usually expressed with a mean of 100 and a standard deviation of 15. These scores reflect the student’s performance compared to those of the norm referenced group, which is based on the student’s age, in three-month age bands from 4:0–4:2 up to 15:9–15:11.

Any test score is only an estimate of the student’s ability, based on their performance on a particular day. Performance on any test can be affected by several factors. The Rapid report provides confidence bands, which give an indication of the range within which a student’s score lies. The dot on each subtest row within the table represents the student’s SAS and the horizontal line represents the 90% confidence band. The shaded area shows the average score range. 90% confidence bands are a very high-level estimate; if the test were taken again, we would expect the score to fall within this range 90% of the time. 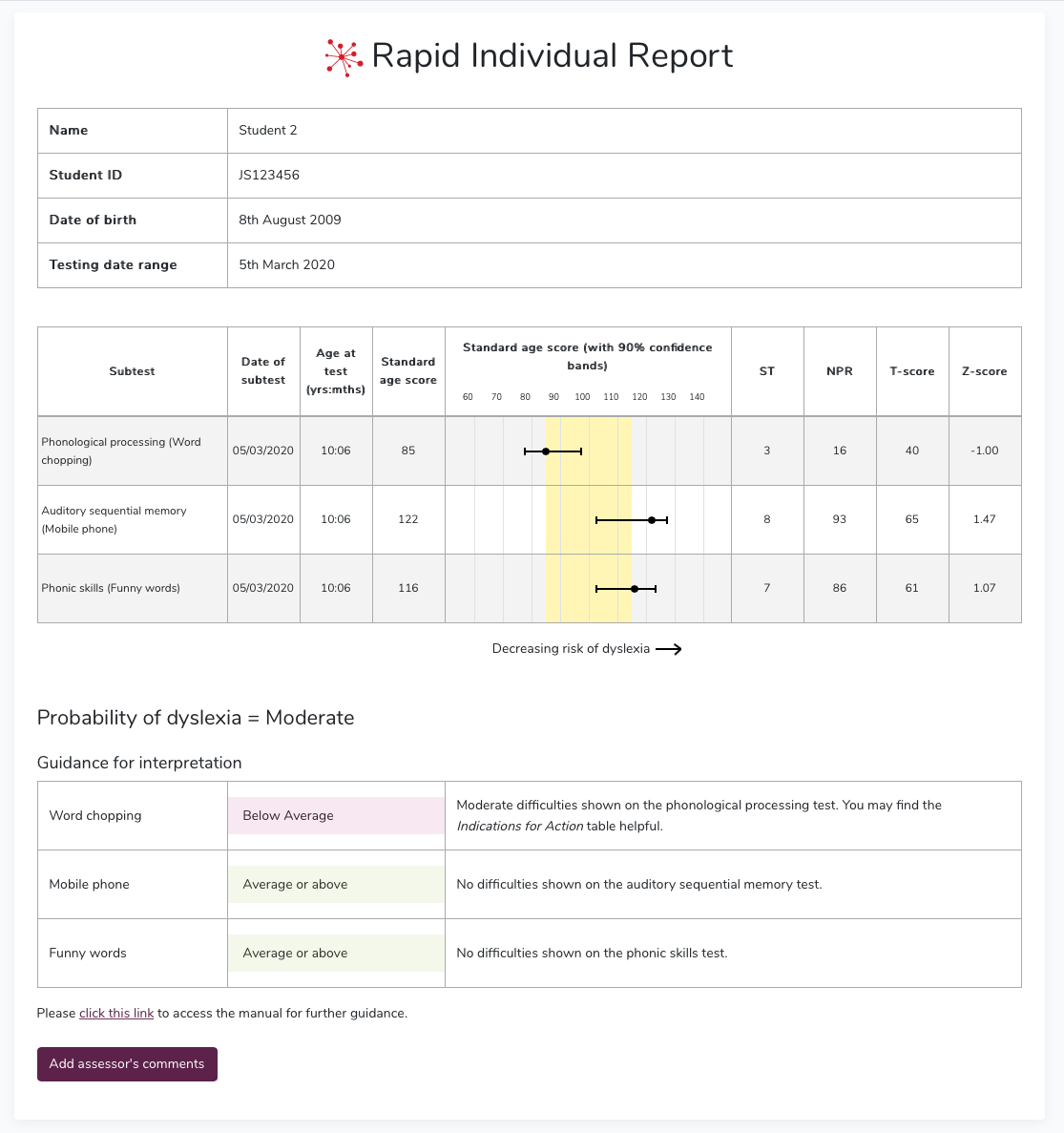 The expert system gives an overall estimate of the probability of dyslexia in one of the following categories:

● The Stanine places the student’s score on a scale of 1 (low) to 9 (high) and offers a broad overview of performance.

The relationships between these different scores are shown in Figure 17 below.

Figure 18. Example of the Guidance for Interpretation section of the report

The Guidance for Interpretation table on the report provides enhanced guidance for interpreting each student’s results. Match the guidance to the Rapid Indications for Action Table, found on the GL Ready Support website (www.glreadysupport.com).

Interpreting the results from Rapid requires interpretation of the overall profile, and not just consideration of each individual subtest separately. Please see the Case Studies chapter for further guidance on interpreting the whole profile.

Previous: Retesting with Rapid Next: Integrating Rapid with CoPS or LASS 8–11