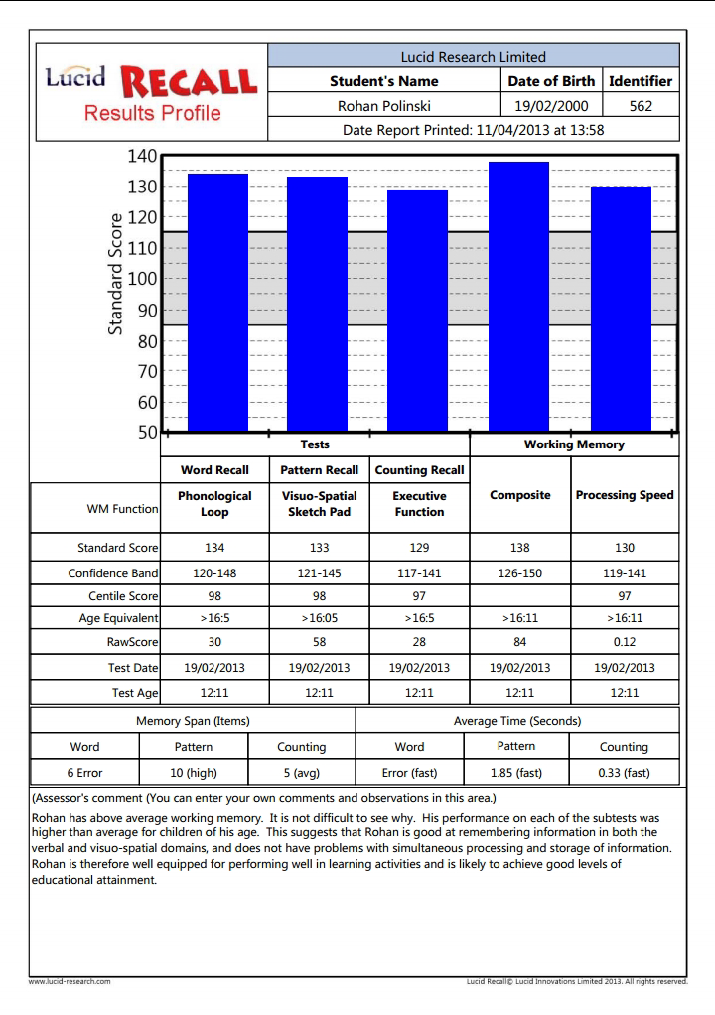 It is apparent that Rohan’s working memory skills are above average. It is not difficult to see why. His performance on each of the three core tests was higher than average for children of this age. His working memory processing speed was also well above average. This suggests that Rohan is good at remembering information in both verbal and visuo-spatial domains, and does not have problems with the simultaneous processing and storage of information. Rohan is therefore well equipped for performing well in learning activities and is likely to achieve good levels of educational attainment. If any problems do arise for Rohan, his profile suggests that these will not result from his cognitive skills, but rather, other factors that are important in education, such as motivation and engagement. This is not to say that Rohan would not benefit from interventions such as working memory training or advice on improving study skills. For example, evidence suggests that children with a good working memory still benefit from using Memory Booster, although not to the same extent as children with a poor working memory. However, intervention is not seen as critical for children with such a good working memory.